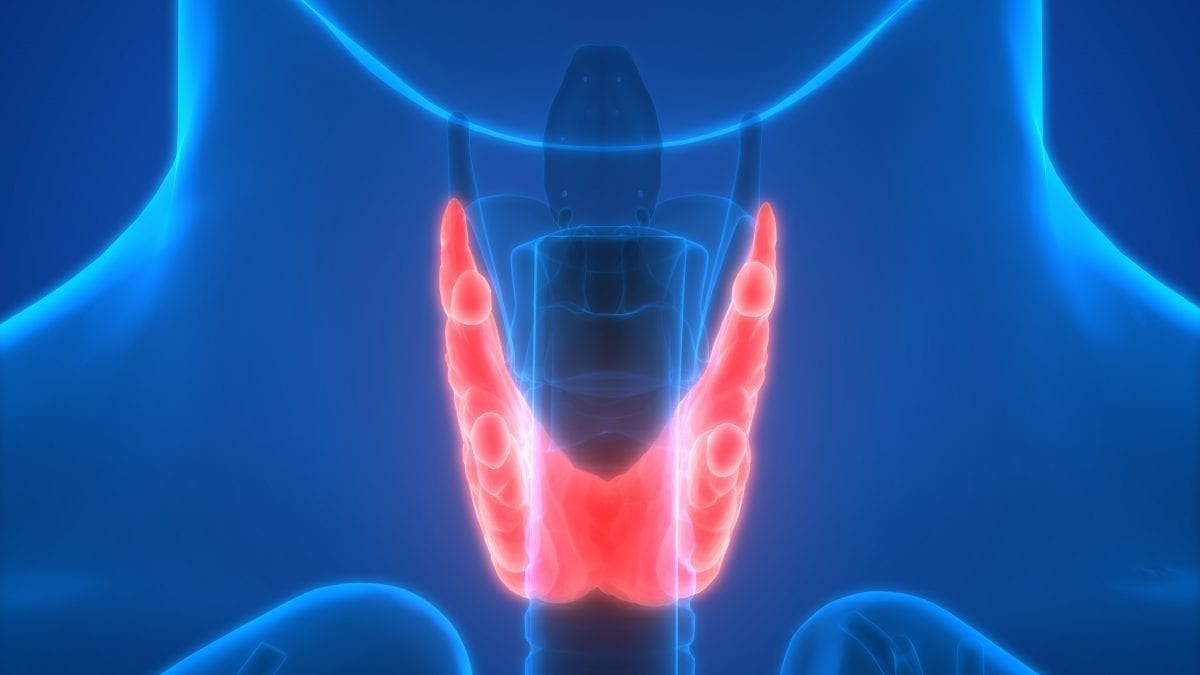 You often won’t know you have a thyroid nodule until your doctor discovers it during a routine medical exam. Some thyroid nodules, however, may become large enough to be visible or make it difficult to swallow or breathe. Treatment options depend on the type of thyroid nodule you have.

Ask your doctor to evaluate any unusual swelling in your neck, especially if you have trouble breathing or swallowing.

Most thyroid nodules don’t cause signs or symptoms. Occasionally, however, some nodules become so large that they can:

In some cases, thyroid nodules produce additional thyroxine, a hormone secreted by your thyroid gland. The extra thyroxine can cause symptoms of hyperthyroidism such as:

When To See A Doctor

Although most thyroid nodules are noncancerous (benign) and don’t cause problems, ask your doctor to evaluate any unusual swelling in your neck, especially if you have trouble breathing or swallowing. It’s important to evaluate the possibility of cancer.

Also seek medical care if you develop signs and symptoms of hyperthyroidism, such as:

Several conditions can cause nodules to develop in your thyroid gland:

Iodine deficiency
Lack of iodine in your diet can sometimes cause your thyroid gland to develop thyroid nodules. But iodine deficiency is uncommon in the United States, where iodine is routinely added to table salt and other foods.

Overgrowth of normal thyroid tissue
Why this occurs isn’t clear, but such a growth — which is sometimes referred to as a thyroid adenoma — is noncancerous and isn’t considered serious unless it causes bothersome symptoms from its size.
Some thyroid adenomas (autonomous or hyperfunctioning thyroid nodules) produce thyroid hormones outside of your pituitary gland’s normal regulatory influence, leading to an overproduction of thyroid hormones (hyperthyroidism).

Chronic inflammation of the thyroid (thyroiditis)
Hashimoto’s disease, a thyroid disorder, can cause thyroid inflammation resulting in nodular enlargement. This often is associated with reduced thyroid gland activity (hypothyroidism).

Multinodular goiter
“Goiter” is a term used to describe any enlargement of the thyroid gland, which can be caused by iodine deficiency or a thyroid disorder. A multinodular goiter contains multiple distinct nodules within the goiter, but its cause is less clear.

Thyroid cancer
Although the chances that a nodule is malignant are small, certain factors increase your risk of thyroid cancer, such as a family history of thyroid or other endocrine cancers. Other risk factors include being younger than 30 or older than 60, being a male, or having a history of radiation exposure, particularly to the head and neck. A nodule that is large and hard or causes pain or discomfort is more worrisome in terms of malignancy.

Complications associated with thyroid nodules include:

Hyperthyroidism
Problems can occur when a nodule or goiter produces thyroid hormone, leading to hyperthyroidism. Hyperthyroidism can result in weight loss, muscle weakness, heat intolerance, and anxiousness or irritability.

Problems associated with thyroid cancer
If a thyroid nodule is cancerous, surgery is usually required. Generally, most or all of your thyroid gland is removed, after which you’ll need to take thyroid hormone replacement therapy for the rest of your life.

Dr. Livingston did a great job. I was home the next day with no complications and it was a relatively easy surgery.