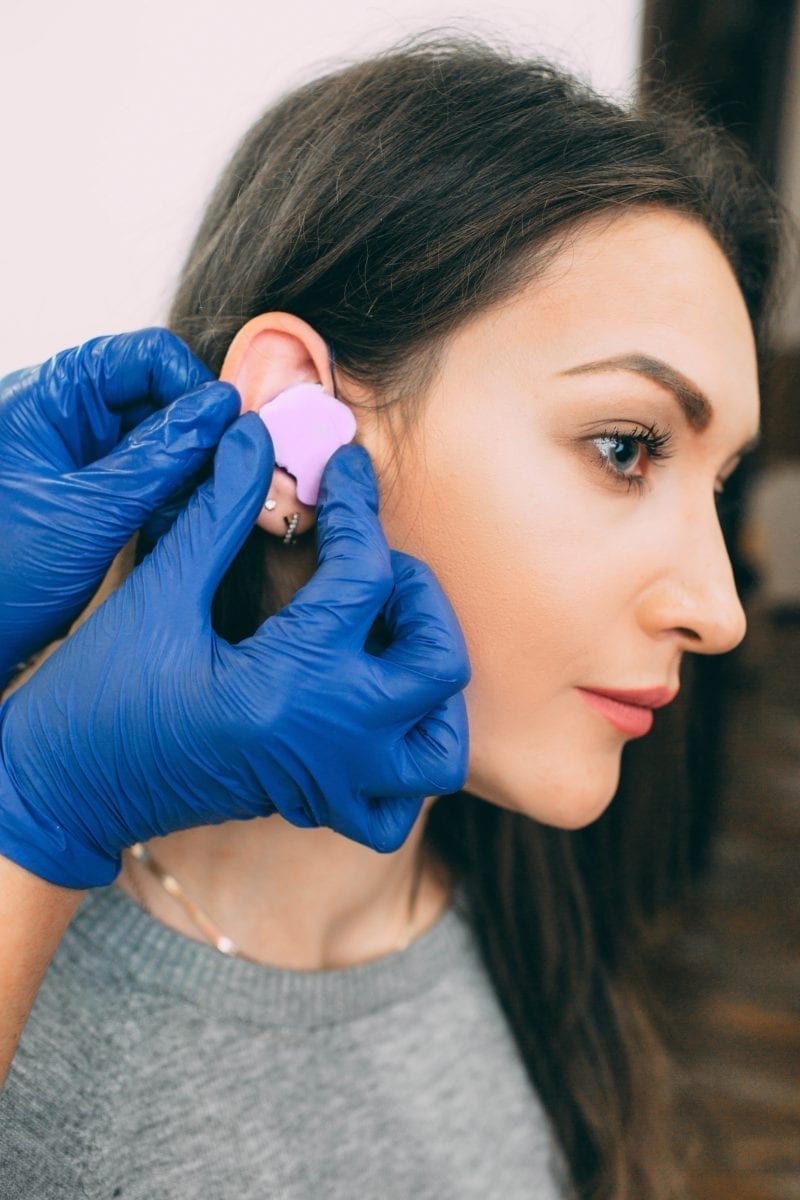 Swim molds are earplugs created with waterproof silicone that keep water from entering a person’s ear. They are tailored to your ear to create a tight seal in the ear canal. They are not just created for swimming, as they are helpful in any type of water activity. They may be used for boating, jet skiing, canoeing/kayaking, rafting, paddle boarding, swimming, bathing and showering, attending waterparks, and doing water aerobics.

They keep people from suffering major ear-related health problems, such as ear infections and surfer’s ear. Once babies have reached age one, 62% of them have suffered from an ear infection. By age 3, that percentage increases to 80%, and almost 100% by age 5. Taking into account Americans of all ages, there are about 25 million doctor’s appointments in relation to ear infections each year. Ear infections can have many causes, but water exposure is the most popular.

Guns are a severe threat to your hearing. Hearing a gunshot could cause instant, permanent, and irreversible damage to one’s ears. This should come to no surprise as the noise emitted from a gunshot is louder than the sound from a jet engine.

Most regular gun users (like hunters, police officers, sharpshooters, and military personnel) avoid using basic earplugs because it is hard to differentiate safe and damaging sounds. Military and hunters use advanced earplug technology that helps solve this issue. The ear molds for these devices can either be purchased in custom fit or universal fit. The universal fit is usually cheaper than custom fit, but the custom fit keeps the earplug secure to the ear.

How Do Hunter’s Earmolds Work?

These earmolds will exclude damaging loud sounds, while allowing important, understated sounds to still enter your ear. The acoustic filter eliminates the loud sounds (like gun shots) and intensifies the softer sounds (rustling of twigs or talking). The Hunter’s molds also feature a valve that reacts to the noises that are damaging, closing off when these harmful tones are detected. This way, even when you are not the one firing, your ears are still protected.

If you are around firearms often, whether for hobby, sport, or work, it is extremely important that you take the precautions for hearing by investing in some form of ear plug.

Loud music exposure is one of the top causes of noise-induced hearing loss. When you are a musician, it is common to spend hours practicing and performing. A musician needs a good sense of hearing to create music, but repeated exposure to loud music can damage that sense. Musician’s earplugs keep hearing damage from occurring, as well as allow the musician to still enjoy performing and listening to music.

While traditional earplugs muffle music and speech, musician’s earplugs reduce sound levels evenly and keep the sound quality intact. This makes music and speech clear, natural, and safe to hear. The earplugs consist of a diaphragm and an earmold that create attenuation, or a reduction in sound, which translates as smooth and flat for the entire frequency range. Most musician earplugs allow for different ranges of attenuation, so it can accommodate the different sound volumes (one level for private rehearsals, one for large concerts, etc).

Musician Earplugs can be used in place of loudspeaker monitoring systems, which can be bulky and space consuming. These earplugs can also benefit people while just attending concerts, airshows, and sporting events.